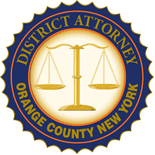 force incidents, the District Attorney’s Office, together with every local police agency in the County, the Orange County Sheriff, and the New York State Police, has developed a uniform procedure for handling those incidents.

For purposes of the protocol, an “involved agency” means a police agency whose member has used deadly physical force resulting in death or serious injury to a suspect or bystander. The procedure, in general, requires the following.

The District Attorney, the State Police, and the head of the involved agency will coordinate the release of information to the press and to the public. Efforts will be made to release the most accurate and up-to-date information available that will not compromise the integrity of the investigation, within ethical limits.

The following video was prepared by law enforcement authorities in Lane County (Eugene), Oregon, concerning the dynamics of police-involved deadly-force encounters. The excerpts have been used with the permission of the Lane County District Attorney’s Office.