The Orange County Transportation Council (OCTC) locally approved an update to the transportation Urban Area Boundary at an OCTC Executive Committee meeting on August 13, 2013. The OCTC approval action was transmitted to the NYSDOT Main Office in Albany, which is to forward the OCTC resolution and a link to the final UAB map to FHWA and FTA. OCTC is awaiting notification of the completion of this process.

Following is the UAB update information which was posted to the OCTC website prior to the August 13, 2013 meeting.

Following the completion of the 2010 Census, most MPO areas, including Orange County, often take the opportunity to revise the Urban Area Boundary (UAB). While there is no requirement in law or regulation to adjust the 2010 Census urban area boundaries, adjusted or “smoothed” boundaries can facilitate planning and programming activities.

In the case of Orange County, any proposed modifications to the UAB are required to be submitted to the New York State Department of Transportation (NYSDOT) Main Office in Albany. Orange County Planning and Transportation Council staff have worked together, and with members of the MPO to develop proposed modifications to the UAB, which was last approved in 2004. 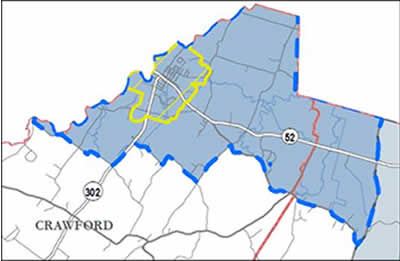 The public comment period regarding the UAB began on July 10, 2013 and ran through August 10, 2013. These proposed modifications were approved by the OCTC Executive Committee on August 13, 2013.

Any questions about the UAB may be directed to our email.